Things I have in my Library

Information I have relating to Mabel Penfold

Origin of the name Penfold

The name of Penfold came from England.

It means keeper of the pound. That is animal pound. If you animal got off of your property and damaged a neighbor's property, then Penfold would impound your animal.

You would have to pay for the damage to the neighbor's property and pay a fine to Penfold to get your animal back. 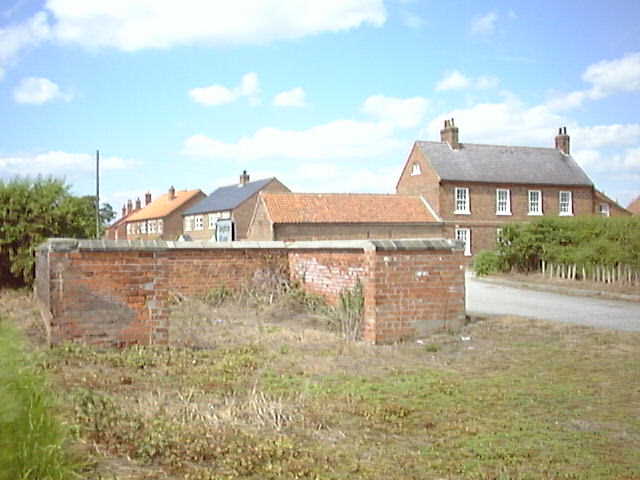 The coat of Arms is documented in Burke's General Armory.

It is described as Red; A Gold Chevron Between Three Gold Carpenters' Axes, Hafted Silver. Above the shield and Helmet is the crest A Gold Lion Rampant, Double-Tailed

Histories and Stories about Penfolds JESSE SHERIDAN FIELDS
Among the successful farmers and stock raisers of Clinton county, the gentleman whose name introduces this sketch holds a deservedly conspicuous place, and he is also widely and favorably known as a public spirited citizen. Jesse S. Fields was born on the farm in Clinton county where he now lives, August 20, 1864, being a son of Levi and Elizabeth (Carmical) Fields, natives of Ohio and Virginia respectively. Levi Fields was reared to maturity in Ohio, and in 1844 came to Clinton county, Iowa, and for a year farmed about one mile north of the place now owned by his son, the subject of this review. In the spring of 1846, he bought eighty acres of land in Sharon township, which he cleared and improved, and to which he subsequently added, until be became the owner of quite a large farm, which he afterwards sold leaving nothing but the original homestead in his possession. He was very industrious and energetic, a leader in public and political affairs, and stood high in the confidence of his neighbors and fellow citizens. His death occurred in 1870, and his wife, who some years later married Thomas Penfold, a prosperous farmer of Clinton county, departed this life in 1903. Jacob Carmical. father of Mrs. Fields, was a Pennsylvanian by birth, and a descendant of a sturdy old German family of that state. He married a Miss Con well, of Virginia, whose antecedents came to this county from Ireland, and in an early age came to Clinton county, where he lived for some years, later removed to the county of Clayton, where he and his good wife spent the remainder of their lives, both dying when the subject was a small boy.

The early life of Jesse S. Fields was spent on his father's farm, where he learned those lessons of industry and thrift which served him such good purposes in after years, and in the Mt. Ida school, not far from his home, he re ceived his educational training. He was about six years of age when his father died and as soon as old enough he assumed much of the labor and responsibility of the homestead. He took charge of the farm at the early age of fourteen, and at intervals thereafter bought the several heirs' interests, until in due time he owned the place and forged rapidly to the front among the leading agriculturists of his township. The home farm at this time consists of one hundred and sixty acres of fine land, on which are some of the best improvements in the locality, and he also owns seventy acres in Cedar county, which, likewise, is under a high state of cultivation.

In connection with tilling the soil, Mr. Fields devotes a great deal of attention to live stock, in the breeding and raising of which he has earned a wide reputation throughout his own and adjacent counties. For some years he has been a breeder of full blooded Poland-China hogs, for which there is always a great demand, and is also quite extremely interested in high grade Shorthorn cattle, a number of which he markets every year, at liberal prices. He has been successful in all his undertakings, and is today not only one of the leading farmers and stock raisers in the township in which he resides, but occupies a prominent place among the financially solid men of the community also. A Republican in the full meaning of the term, and wielding a strong influence for the party in his township, he is not an office seeker, although elected from time to time to various local trusts. He served nine years as school director, and for several years was treasurer of the school board, in both of which positions he demonstrated business ability of a high order, and was unremitting in his efforts to promote the cause of education. In his fraternal relations, he holds membership with the Modern Woodmen of America, and the order of Royal Neighbors, but his good works are by no means confined to these organizations, being active in all laudable enterprises and generous in promoting the best interests of his fellowmen. The domestic life of Mr. Fields dates from 1896, on August 21st of which year was solemnized his marriage with Daisy Skinner, daughter of Tohn and Emma (Bull) Skinner, the union being blessed with seven children, namelv: Clyde, Clifford, Elizabeth, Jesse, Levi, Merle and Gladys, the third in order of birth being deceased.
Wolfe's History of Clinton County Iowa, Vol 1 pp 547, 548, published 1911

Ron Penfold's visit to the cemetery in Massillon, IA in 2002

JACOB F. FIELDS.
Jacob F. Fields, who has made him self prominent in Lyon county by force of character and energetic disposition, owns a good farm in Logantownship. Which he has brought into comparison with the model farms of the northwest, it is so neat and thrifty and thoroughly well cultivated. Mr. Fields was born in Clinton county, Iowa, in 1858, and his father, Levi, was also born and bred a farmer. He was born in Ohio, and comes of an old American family. He married Elizabeth Carnicle, and to them were born ten children, of whom the son whose name introduces this article was the sixth in order of birth.

Jacob F. Fields remained at home under the parental roof until 1880. during which time he was given a very good common school education, and reared to a farm life. That his training was good, and that he has fairly improved upon his teachers, his history fully shows. His wedding with Miss Lizzie Penfold occurred December 31, 1880, and her father, Thomas Penfold, born in England, came to this country to engage in farming after middle life. Mr. and Mrs. Fields are the parents of a family of six children: Ord, Mabel, Earl, Roy, Grace and Nile.

Mr. Fields continued farming in Clinton county for a few years after his marriage, and then spent a winter in Plymouth, and for some two years was in Cherokee county. In 1886 he entered Lyon County. where he bought the northeast quarter of section 26, Logan township. which was at that time absolutely unimproved. But it was lovely prairie land, with every indication of great agricultural value, and he set himself to its improvement with a glad heart, as here he was confident was to be fashioned a farm of which no man need be ashamed. He put up a house 14 by 20 feet after the rude fashion of the day, simply to shelter and cover. This was unfortunately swept away by a storm of wind before it had hardly been occupied, and had to be done over again. At that time Rock Rapids and Inwood were the only markets and shipping stations near at hand, a condition of things hardly to be realized in the present abundant opportunity of transportation.
At the present time Mr. Fields owns a half section of land under a very profitable tillage. Here he has a house, and a barn built in 1903, to replace one lost in October. the previous year, by a bad wind storm. The old barn was 52 by 32 feet; while the new is 56 by 32. The family residence is a handsome and commodious structure 40 by 22 feet, and the thrifty and attractive grove adds greatly to the general appearance of the place. A small orchard has promise of many good things not far away, and the entire establishment attests the industry and good management of its owner.

That Mr. Fields stands well among his neighbors is attested by the fact that he has been township trustee for years. At the same time he has filled other minor positions, and has taken an ac the part in local affairs. In the organization of the township he took an active part, and has been recognized as a prominent and influential citizen from the day of his coming into the county. Mr. Fields may well conigratulate himself upon his distinctly marked success.
Compendium of History Reminscence and Biography of Lyon County, Iowa. pp 280-281, published 1901-1905

Photos with Penfolds in them or are about Penfolds. 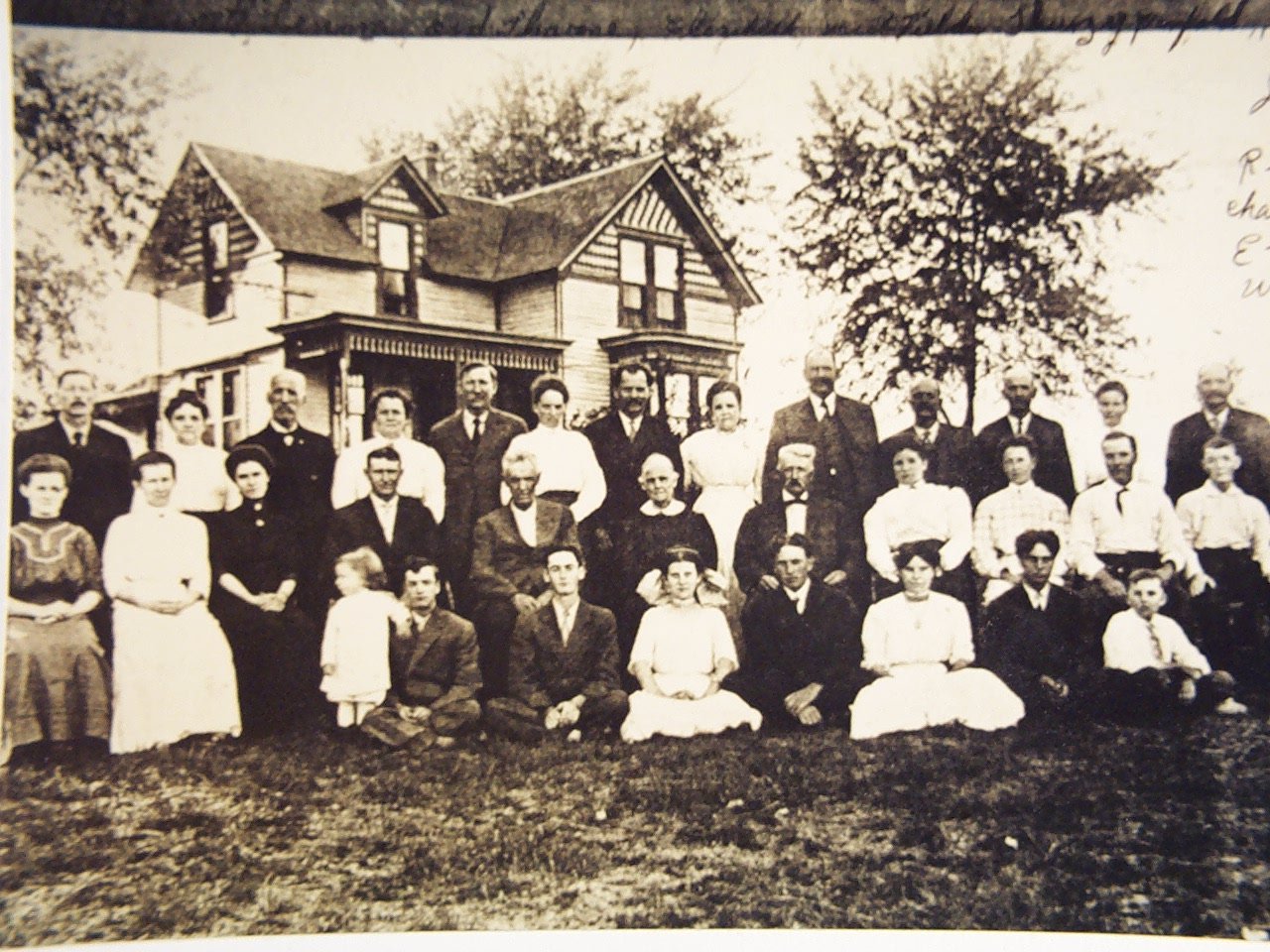 Videos with Penfolds in them or are about Penfolds.

Books that have Penfold characters in them. Or books that were written by someone with the Penfold name.

Places that have the Penfold name.

Movies that have a reference to Penfold.

Things that have Penfold in the name. Or items made by a Penfold.

Web records that have a Penfold in them.

Penfold people that I don't know our relation to.

Inside of of Letter - Page 1

Inside of Letter - Page 2